Not what I had originally planned

I planned on showing you my recent pickups from Nachos Grande group break but that will wait until tomorrow because I ran into 2012 Topps at Walmart this afternoon. This post will be pretty scan heavy but I figured I'd get some pictures out there to show everyone what the set looks like this year as well as the inserts. 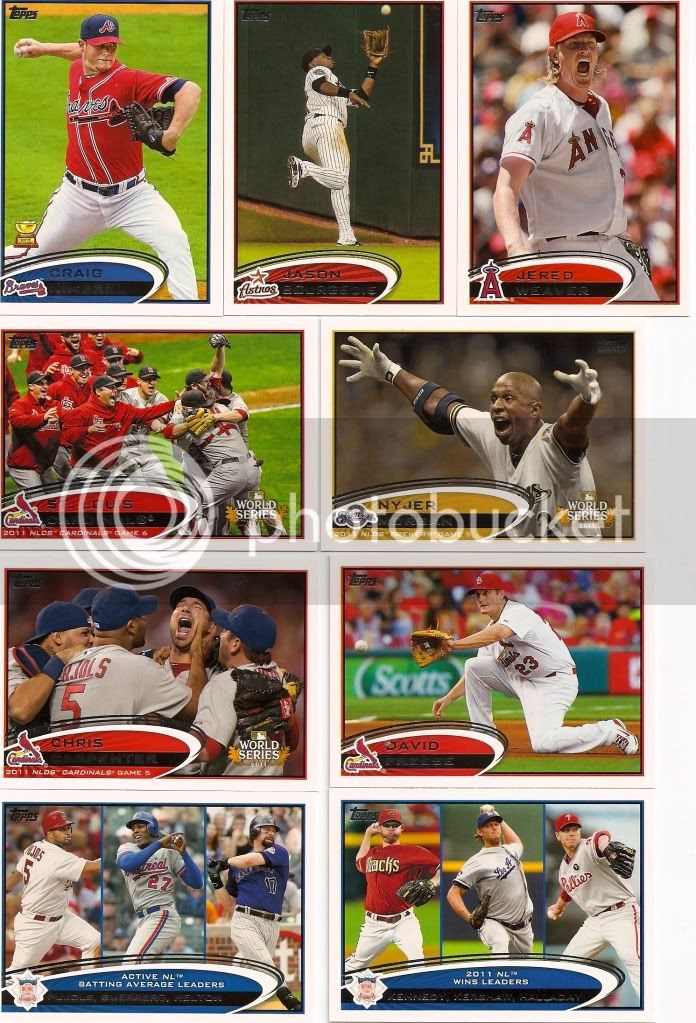 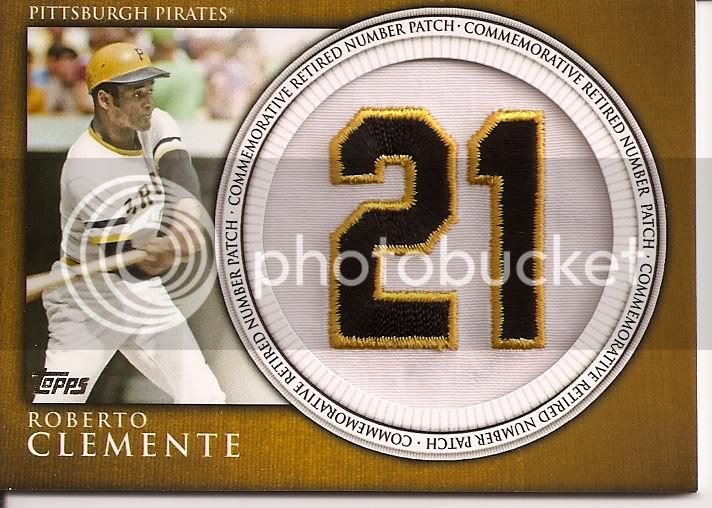 Manufactured Patch from the blaster 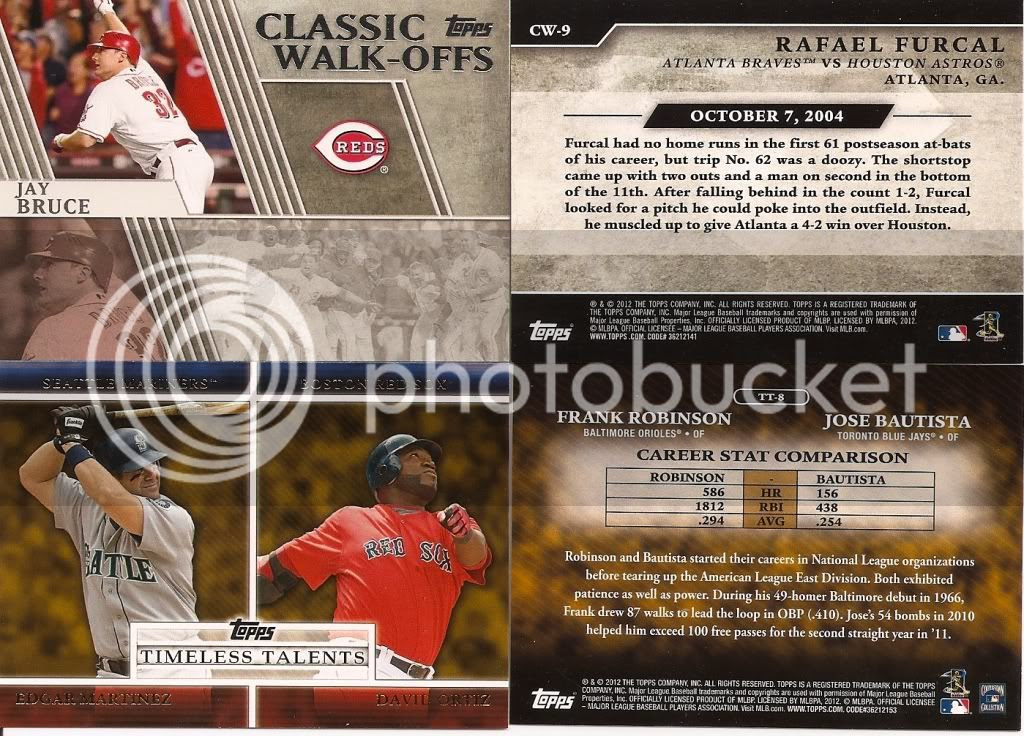 Classic Walkoffs is on the top and I scanned two separate cards to show you from and back of it. Timeless Talents is the bottom card and once again it's a different card scanned to show front and back. 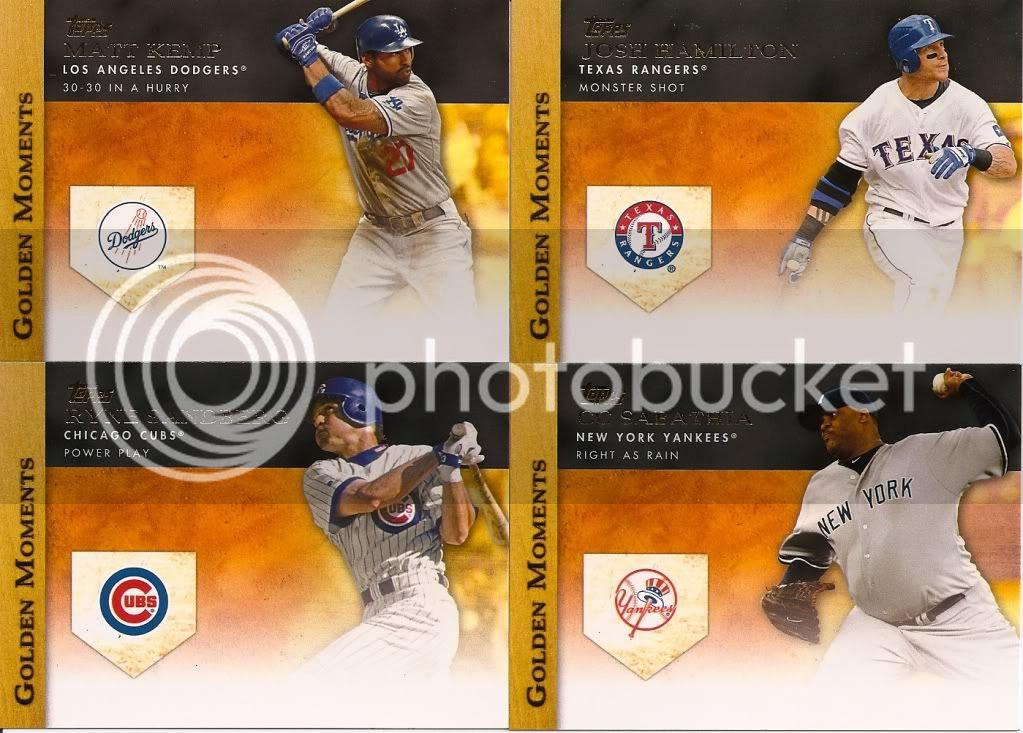 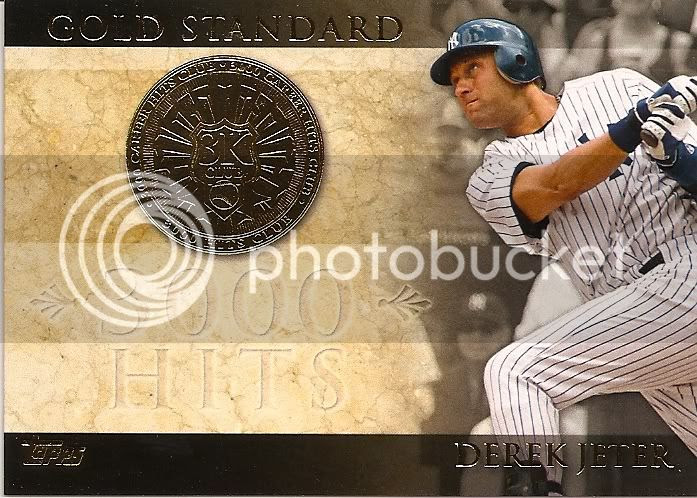 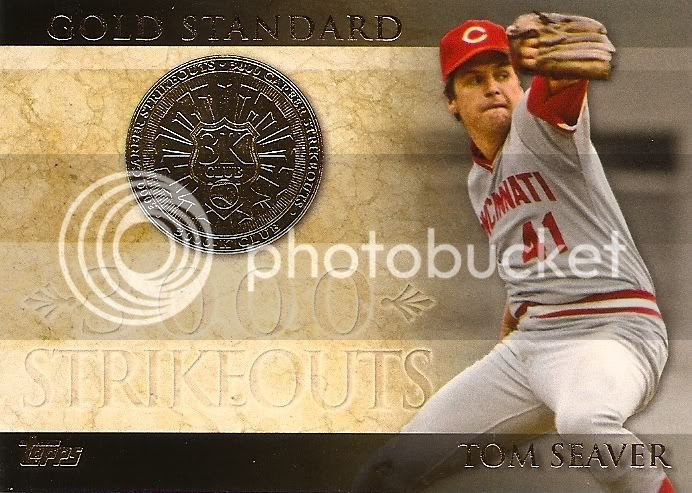 Gold Standard (card have foil showing milestone's for the players)

Golden Anniversary (just like diamond anniversary but golden and sparkly) 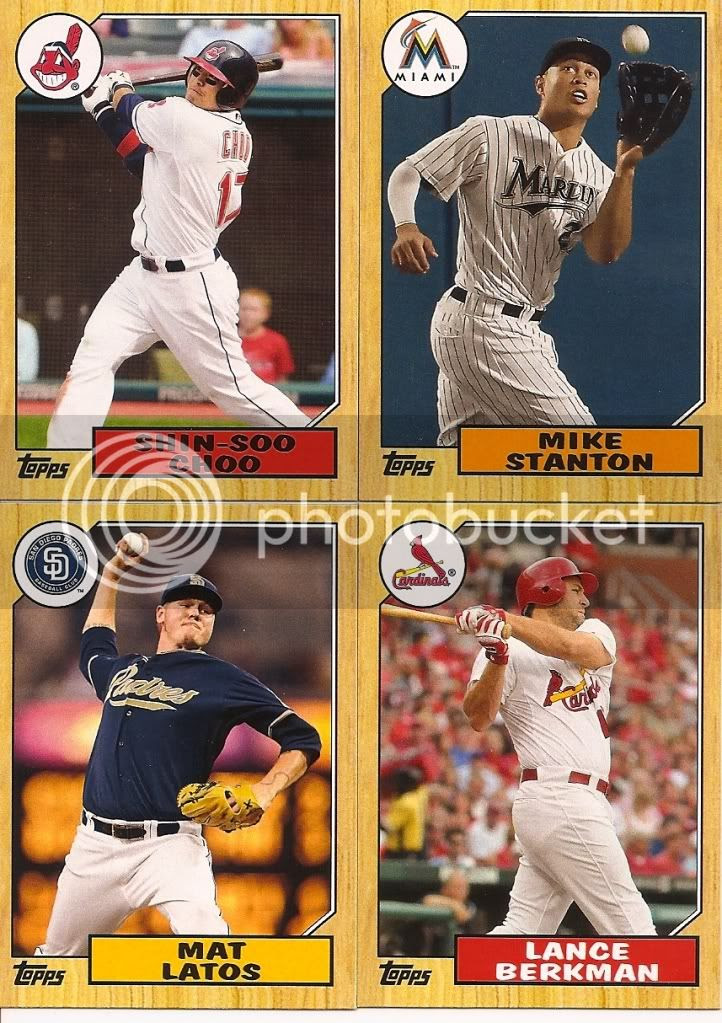 1987 Mini Topps (these are probably my favorite from the set)

Golden Giveaway Code Cards (I doubt I'll be participating this year)
Overall I like the design of the base cards much better than 2011. I'll be collecting the Golden Futures and 1987 Mini Topps for sure. I won't be collecting the other inserts unless they have Astros or PC guys on them. It was fun breaking the new product and I may break a hobby box in a couple of weeks to finish off the base set but I'll mostly be buying singles/trading.
Good luck to all those who'll be busting boxes soon!
Posted by Trey J. at 3:15 PM

That Jeter Gold Standard is cool. Would gladly trade you for it if it's available.

Not sure how rare they are or anything, but I like it.

Ryan, I'll set it aside for a future trade with you.

AJ, email sent and thanks for the look.

Moe, thank you for the quick word lol.

What do you want for those code cards Trey?

If you want to swing a deal for the Guerra and Gwynn golds, please let me know.

What do the backs of the 87s look like? Everyone has scanned the fronts but no backs. I'm really hoping they look like the originals but expecting them to look awful like Lineage, or boring like the Kimball Champions.

Moremonkey,scan coming your way in less than 5 minutes.

That's the second retired number card I seen and the more I see of them, the more I like them.