I don't think Bowman Sterling is for me.

I stopped by my LCS this morning to pick up some binder pages and a handful of Astros commons. While I was there I decided to spend some Christmas money on a mini-box of 2011 Bowman Sterling and a jumbo pack of 2011 Update.

After busting open the box I realized I may have had more fun and better results busting 3 more discounted A&G blaster than this product. (Speaking of which I did buy one more blaster yesterday but that'll be for another post) At least with A&G I could continue building my set. You live and you learn, at least I can use the pulls as trade bait hopefully. Here are the noteworthy cards from both the Topps Update and Bowman Sterling. 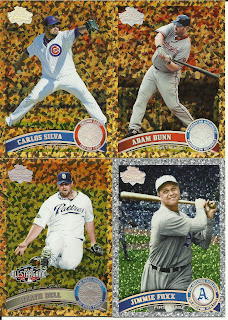 The Jimmie Foxx is my second Diamond Anniversary SP (the other being the Gehrig I pulled). 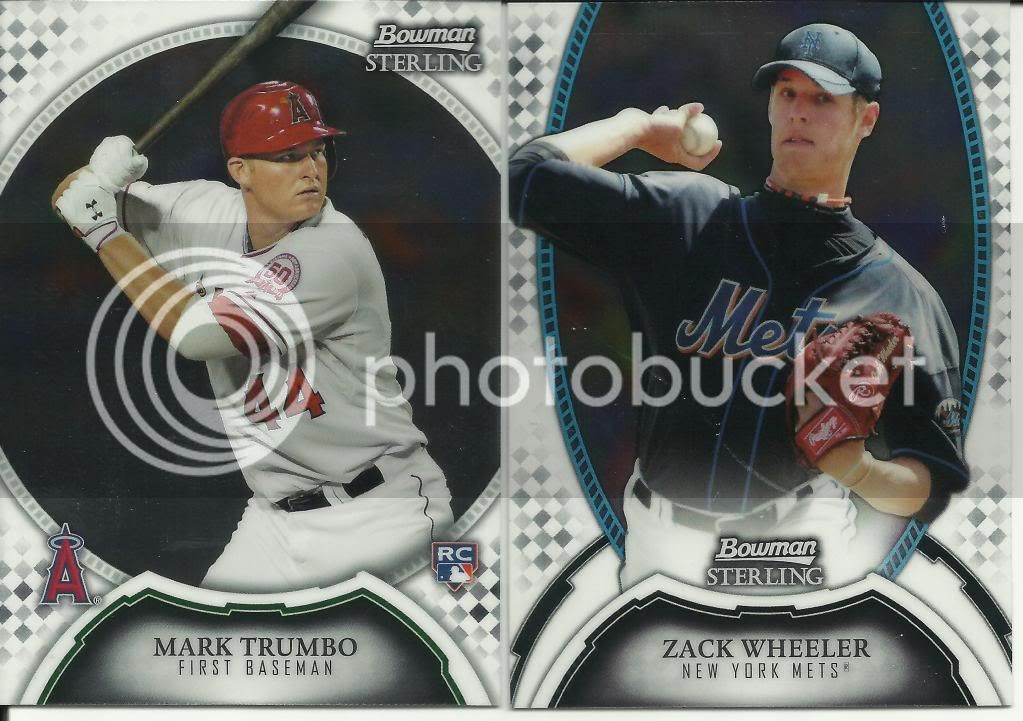 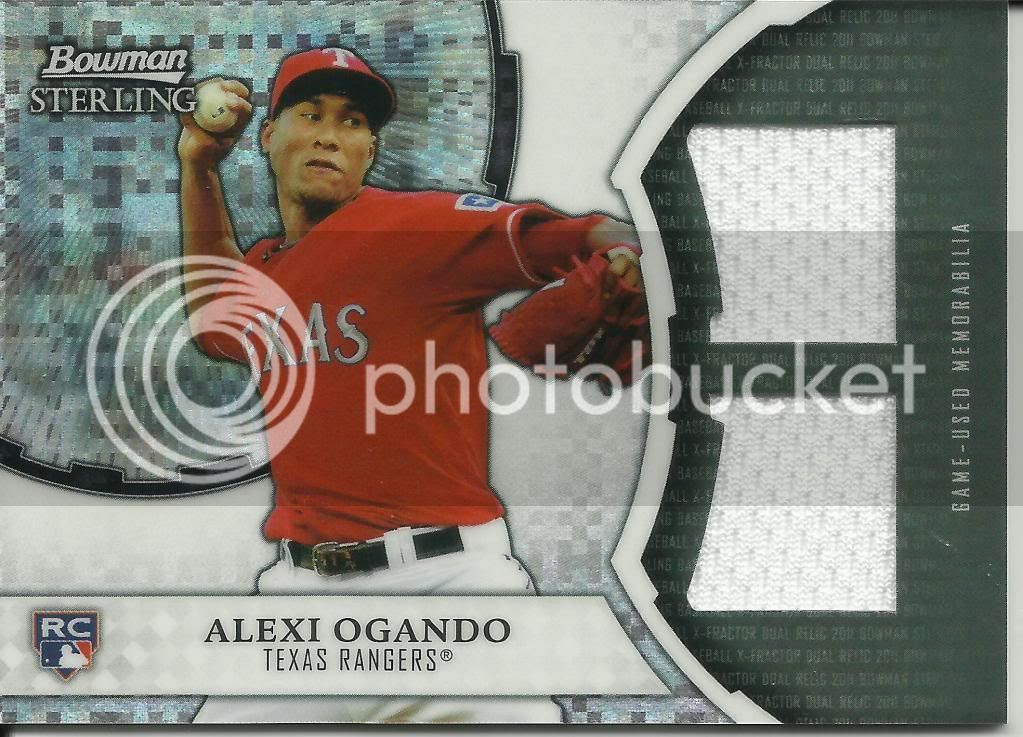 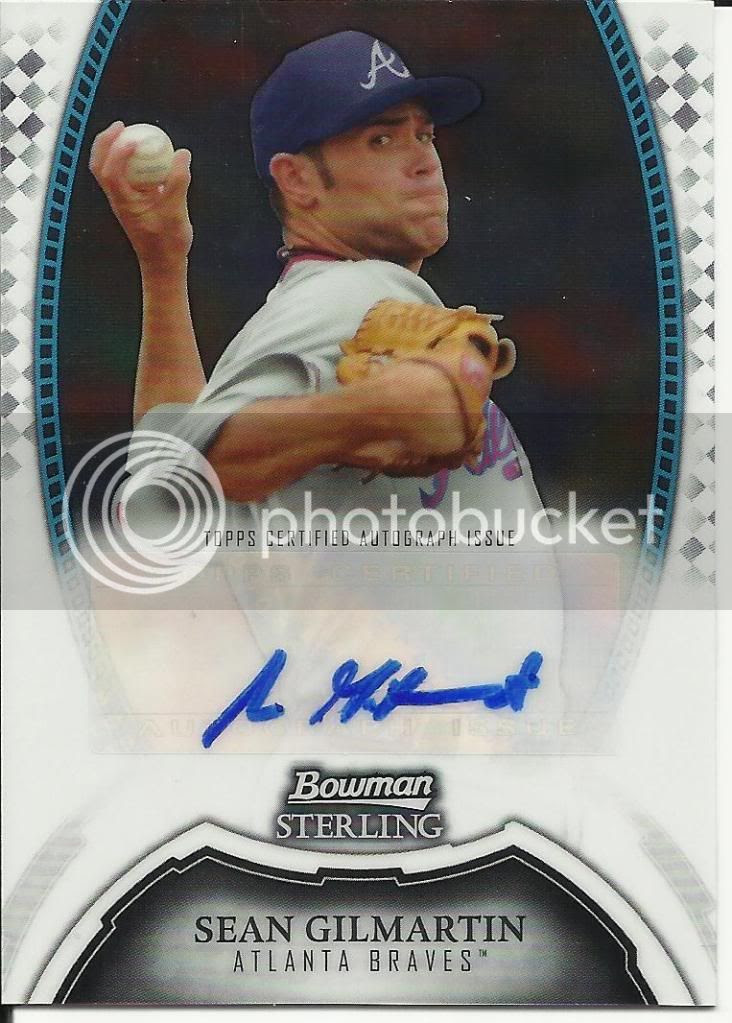 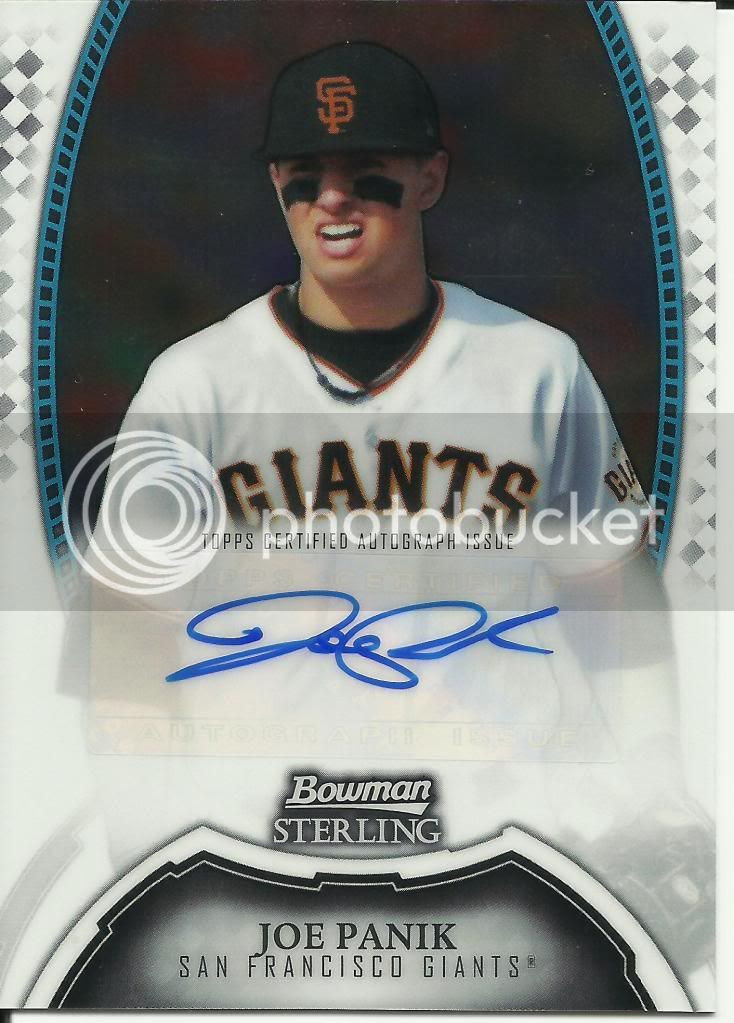 The Panik is probably the best pull of the mini-box. I don't know much about him but what I've read they say he's got a bright future with the Giants.
As always these cards are for trade if anyone is interested. If you've got a decent baseball card fund then Bowman Sterling may be for you but I don't think I'll be chasing this set anytime soon. I've realized I like the fun of collecting a set with multiple interesting inserts and if I'm going to drop $50 I want more than 5 cards.
Posted by Trey J. at 9:39 PM

I would love to get the Panik for my Giants collection. Want to check out my bucket and see if there is anything you like?

Let me know if we can work out a deal.

Emails sent to both of you, I'm sure we can work out a deal.

Play at the Plate said...

Got your email and replied!

Would love to get that Braves auto off of you. I have some sterling auto's at home, maybe we can work something out.

Let me know what you're looking for.

Would like to trade for Trumbo. Please let me know what you collect and I'll make an offer.

Hey, I'd love the Zach Wheeler card. Shoot me an email if you are interested in a trade.